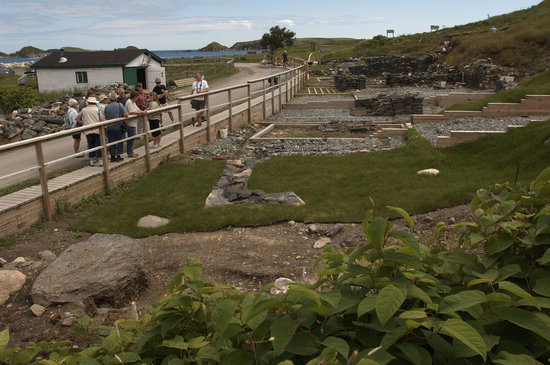 Address: 1 The Pool Rd., Ferryland, Newfoundland and Labrador A0A 2H0, Canada
Phone: 709-432-3200
Email:
Website:
Open Hour:
Description: Have you ever walked on a 17th-century street, seen a 17th-century herb garden, or looked at the remains of everyday life in one of the earliest European colonies in North America? If you haven’t, come to the Colony of Avalon at Ferryland, Newfoundland. The colony was founded by George Calvert, later Lord Baltimore, in 1621. Most people have no idea that permanent European settlement in North America dates so far back, and that Newfoundland played such an important role. The Ferryland settlement was ‘forgotten’, and its remains lay undisturbed for centuries.The site is now being excavated and archaeologists have uncovered over a million artifacts from the stone constructed buildings including gold rings, Portuguese ceramics and other unusual objects. Ferryland is easily accessible from St. John’s, Newfoundland. Enjoy a tour of the Interpretation Centre and the excavations. In season, you can enjoy whales playing in the waters with icebergs in the distance. There are seabird sanctuaries nearby, and not far away, the Avalon caribou herd wanders in view of the road. Boat tours, guest houses, gift shops and restaurants are all available.

Other attractions in Ferryland, Newfoundland and Labrador